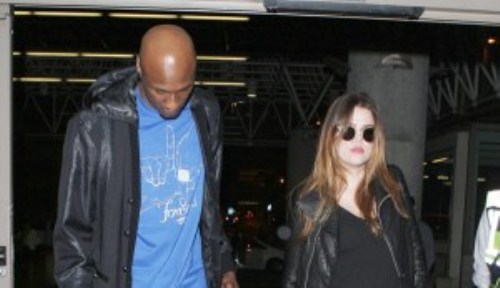 Khloe Kardashian has been married to basketball star Lamar Odom for two and a half years, and during that time they have become closer than ever and appreciate each other for their respective personality traits.

She told new! magazine: “I say it like I’m kidding, but we’re both obsessed with each other. I’m a very goofy person and although he’s shy, when he’s with me, he’s really playful. He’s my best friend.”

Khloe, 27, and Lamar married in 2009 after a whirlwind month long romance, and while they have proved their detractors wrong with their strong relationship, she can understand why people doubted them at first, as both she and Lamar admit it was a crazy thing to do.

She added: “I understood why everyone doubted us – we got married after 30 days of knowing each other. When we look back, we’re like, ‘Oh my gosh, that was crazy!’ But we never would have got married if we’d felt that way.”