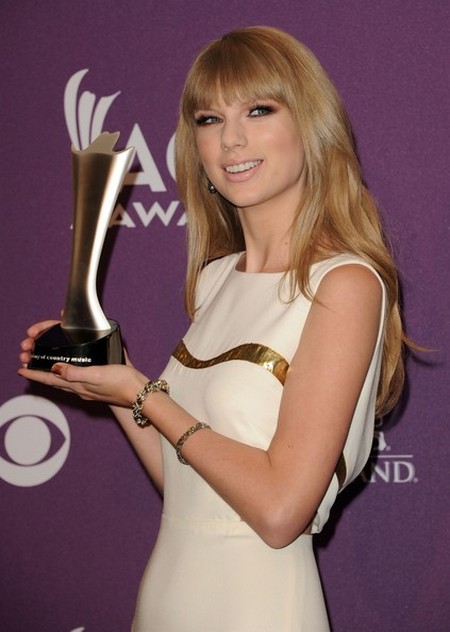 Taylor Swift is a huge fan of the First Lady and admits she was “terrified” about meeting Michelle Obama.  America’s First Lady presented Taylor with The Big Help Award for her charity work at Sunday night’s Kid’s Choice Awards, and the 22-year-old singer says she was literally quaking in her boots.

Taylor explained:  “To be awarded an award from the First Lady was one of the most exciting things, I was so honoured and I’ve always been such a huge fan of hers.”

“I’ve been really terrified to meet her because I’m such a fan. I never went to the White House. I never like got a chance to meet her and so to get to meet her on a night like tonight, where she’s giving me an award for something; it was just over-the-top amazing. I’m so thankful.”

The President’s wife isn’t the only person to have left Taylor feeling overwhelmed. Taylor was joined on stage during her 2011 Speak Now tour by rapper T.I., and admits she couldn’t believe her luck.

She told MTV News:   “It was just amazing. I was so excited because I’m such a fan. He showed up for sound check and we were all just so starstruck.”

Taylor is a very modest woman.  Her own achievements obviously stack up well when measured against those of her idols.