Justin Bieber Has Bought Himself A Love Nest In California (Photo) 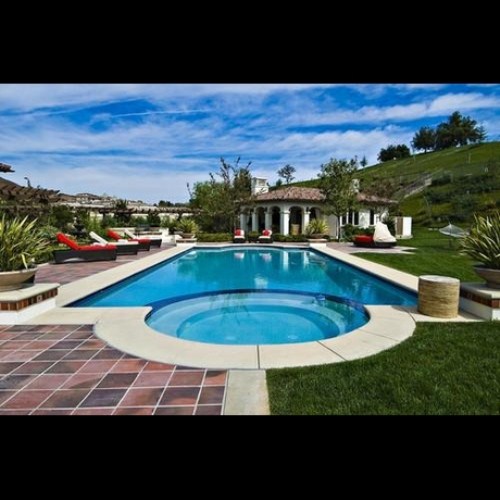 Justin Bieber  has spent a whopping $6 million on the 9,000 square foot property in Calabasas, an affluent area in the San Fernando Valley, 22 miles from Los Angeles.  Justin is expected to move in at the end of June and local residents are keen to welcome him to the area.  I wonder if Selena will be moving in with him?

Mayor of Calabasas, Mary Sue Maurer, told TMZ: “Justin is welcomed to Calabasas and his privacy will be respected just like everyone else’s.”

One of the reasons Justin – who is regularly mobbed by screaming fans – bought the house is said to be because it has two security gates.

Justin had been interested in another house – a bachelor pad which Ashton Kutcher had been renting after splitting from wife Demi Moore – but the ‘Two and a Half Men’ actor decided to act fast and buy it so he could keep it.

Ashton explained: “All of a sudden my assistant tells me there’s somebody coming to look at the house to maybe buy it. I get a text from this guy [Justin] and he’s in my house, checking it out, trying to buy my house.  He’s like ‘Yo, I’m in your house right now. I’m checking it out’. I’m like ‘What? Are you trying to take my house from under me?I was like ‘I don’t want to lose this house’. He forced me to buy a house. He’s trying to steal my swagger.”