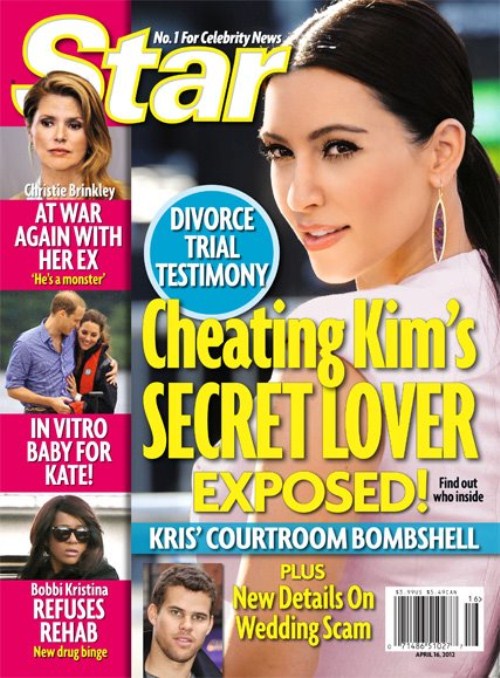 Yikes the current week’s issue of Star Magazine has a bombshell for us.  Apparently during testimony for Kris Humphries and Kim Kardashian‘s divorce testimony it was let out of the bag that Kim was a cheater and had an affair on Kris while they were engaged.

The magazine has all the details on the cheating and who the name of the person she cheated with.   Drum roll…….Kanye West!  Plus they have new details on the big wedding scam.

“Kris is ready to blow the lid off all of Kim’s lies and reveal who she really is,” the source says. “This could be a huge blow to her reputation. It would be a good idea for her to just write him a big, fat check to keep quiet.”

Kris is in court trying to proved that their marriage was fake and he is hoping the courts will invalidate their prenup.  If Kris is successful the divorce could cost Kim $10 million dollars.

What do you think does Kris deserve to get $10 million for his 72 days with Kim?