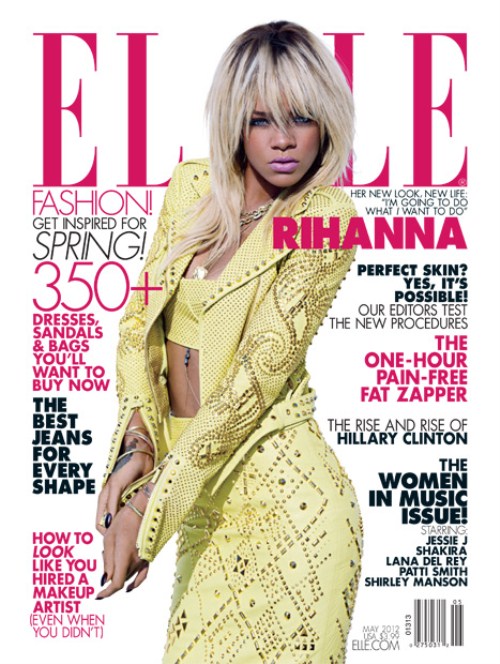 Rihanna graces the May 2012 issue of Elle Magazine.  In the magazine she explains why she is back in contact with the man who physically abused her, Chris Brown.  Although Chris physically abused her three years ago the two have collaborated on two singles and allegedly they are hooking up.

Here is her explanation: “I respect what other people have to say. The bottom line is that everyone thinks differently,” cover girl Rihanna tells ELLE of the furious reactions from fans and critics about reconnecting with Brown, 22, despite their brutal past. “It’s very hard for me to accept, but I get it,” she says of the criticism. “People end up wasting their time on the blogs or whatever, ranting away, and that’s all right. I don’t hate them for it.”

What do you think?  Sound out in the comments below!