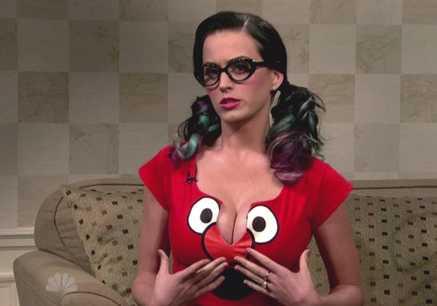 Katy Perry was offered a role in The Help last year when the movie went into production but had to turn it down due to her upcoming music promotions which would have clashed with filming. In the latest issue of TeenVogue – out next month – the singer admits to wanting to be part of the film and being upset when she had to refuse the offer.

“There was a time when I was going to be involved in The Help. Just a small part, I wasn’t going to be Emma Stone or anything, but I couldn’t because the shooting schedule conflicted with the release of my record. I was upset about that. I knew it was going to be an important film. Not that I need to do drama first, but I do want to do something that makes a strong impression.”

Although Katy might have not been starring in The Help, she will be starring in her own movie – Katy Perry: Part Of Me is hitting theaters, July 4th and will pretty much have the same concept as Justin Bieber and Miley Cyrus’ films… another concert movie which will be shown in 3D. Will you be watching?