Robert Pattinson Forced To Get Kinky With Uma Thurman (Video) 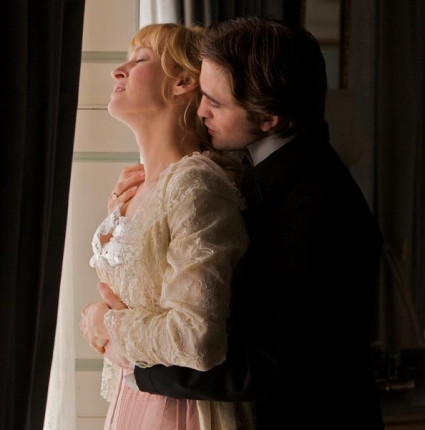 Robert Pattinson gets kinky with Uma Thurman in ‘Bel Ami’ and we hope Kristen Stewart knows he is just acting… See the first clip released for film adaptation of Guy de Maupassant’s novel of the same name below.

Rob is sexually teased by Uma and he seems to get rather flustered at her openly sexual flirting.  If this video is representative of the movie then Rob better get ready for a career change. Steve Hirsch of Vivid Entertainment will be knocking in the door soon!

Does this change your impression of Rob?  Does this jar with your image of Rob as the noble hero in the Twilight franchise?  Let us know in the comments below.