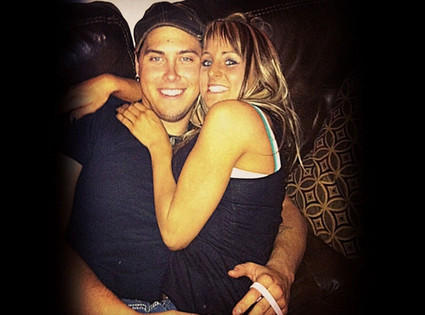 MTV’s Teen Mom 2 star Leah Messer tied the knot with her fiancé Jeremy Calvert Wednesday April 4th, 2012.  Plagued by jealousy and constant arguments, the couple split earlier this year but I guess they have fixed all that and have decided to step down the aisle!

The Independant reports: “It was a casual wedding with close friends and family, Gute said. The mothers of the bride and groom served at witnesses. Including the cameramen and producers, about 15 to 20 attended the wedding. Also in attendance were Messer’s 2-year-old twin daughters, Aliannah and Aleeah.”

The camera crew followed Messer and Calvert to the Boyd County Courthouse to get their marriage license and rings before wedding. Although it was scheduled for 3 p.m., the wedding didn’t get under way until about 4:30 p.m. because of a holdup getting the rings, Gute said.  “Everybody was happy and joyful and took a ton of pictures,” he said.”

Congrats to Leah and Jeremy!