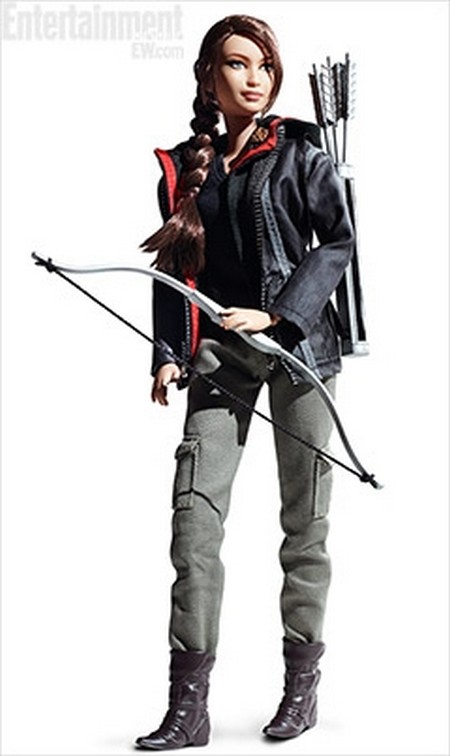 When Jennifer Lawrence was a child she probably never dreamt that she would be immortalized one day as a Barbie doll.  As the merchandizing machinery kicks into high gear in order to profit off The Hunger Games popularity, Jennifer as Katniss Everdeen is now the first of the series of the franchise’s Barbie dolls on the market.

Although many Katniss fans had been hoping for the doll to be depicted in the “girl who was on fire” dress that she wore to The Reaping, the designers instead opted for the look Katniss wore for the battle in the arena

For you sticklers for detail rest assured that Katniss’ mockingjay pin is prominently displayed on the doll.

When will you be ordering your Katniss doll?