Aubrey O’Day Says Don’t Call Me A ‘Whore’ But Please Spank Me! 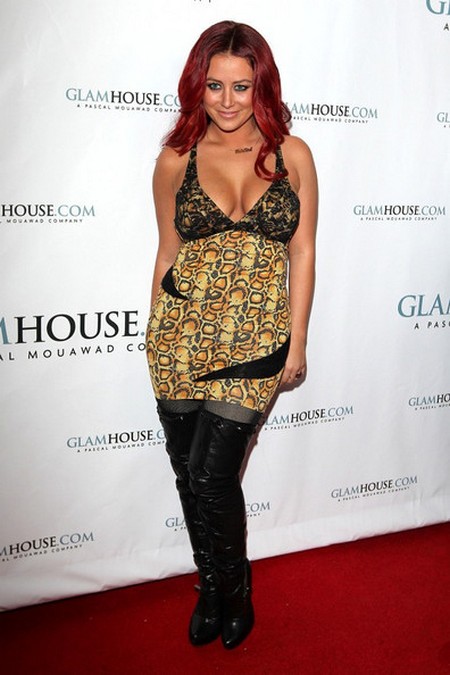 Aubrey O’Day battled with Arsenio Hall on Celebrity Apprentice during the Walgreen’s task.  Aubrey, who is an impossible team mate and impossible to manage has undermined every Project Manager on every task.  Arsenio just wasn’t going to take Aubrey’s self-aggrandizing and toxic behavior anymore and he let loose on her!

See: Aubrey O’Day Gets Beaten Up Verbally By Arsenio Hall On Celebrity Apprentice

Arsenio went ballistic at Aubrey – he even went so far as to call her a bitch and a whore on National TV!  Aubrey was naturally very upset over this and the follow-up rant Arsenio had in the War Room about her afterwards.

Lisa Lampanelli – who might be an ugly man in drag, told Arsenio that, “calling a woman a bitch and a whore on television is going to make every woman in America hate him.”

If that woman is Aubrey O’Day, then this is not necessarily true!

Aubrey got what she deserved from Arsenio and on Sunday’s episode Aubrey made it clear that she act’s that part of a slut very well.

When Aubrey was leaving the boardroom she put her arm around Paul Teutel Sr. and called him “daddy“, to which he replied, “Daddy’s going to spank you” and they both laughed.  Aubrey is 28 years old and Paul is 62, her calling him daddy and his promising to spank her is just “wrong” and “disturbing.“

When Aubrey returned this week, she said, “I got bullied by Arsenio and Clay Aiken, but I came back for GLSEN, which is my charity. I’m not here just representing myself … I’m representing kids who get bullied all the time. So I really have to take a stand against these bullies.”

Is pretending to be spanked in an overtly sexual manner considered being a good role model for kids?  Aubrey – you act like a slut – you act like a whore – and if someone calls you on it then too bad, so sad!