Katy Perry’s New Boyfriend Says She Is The PERFECT Women! 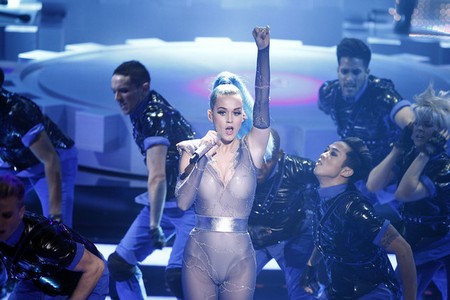 Katy Perry is rumored to be dating model Bapitiste Giabiconi following her split from husband Russell Brand and the handsome Frenchman admits he’s smitten with her.

He said: “I think the world of Katy. Not only is she beautiful, but she’s also extremely intelligent and super-talented. I have always had a big crush on Katy. She is an amazing girl. She is everything a man would want.”

Despite the speculation, Bapitiste insists he and Katy are not an item at the moment because they’re both too busy with work.

He told Britain’s Grazia magazine: “We’re just friends. But right now, my focus is on my album and my career.”

While Katy is yet to confirm being romantically involved with anyone else, Russell is currently dating Nikolett Barabas and she recently praised him.

Russell and Katy announced their split in Decemebr after just 14 months of marriage and their divorce is set to be finalised in June.