Miley Cyrus Forgets Her Bra And Shows Some Side Boobage (Photo) 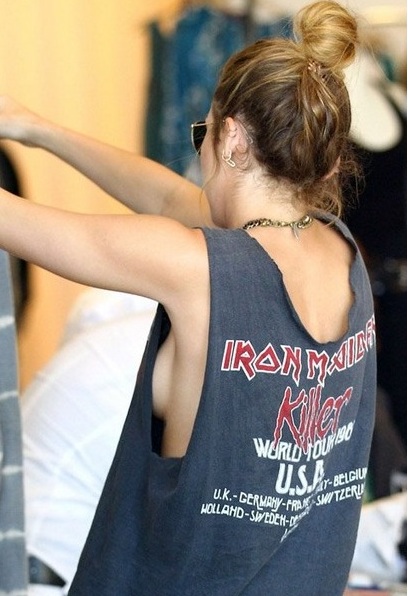 Damn this girl wants attention! Somebody get this girl a bra! Miley Cyrus has been snapped letting it all hang out on a shopping trip in Calabasas, California. She claims her recent weight loss is due to a food allergy – is she now allergic to underwear as well?

It’s the second time in a week the former Disney star has been caught less than dressed in public. A couple of days ago she left a Pilates class in LA wearing a tight mini dress and not much more.

Is Miley forgetful? Did Billy Ray Cyrus teach his little girl how to dress herself? Or is this part of her desperate attention seeking campaign now that boyfriend Liam Hemsworth is starring in The Hunger Games which just happens to be the biggest movie in the world? I’ll take the third option.

What do you think?  Hit the comments and let us know!