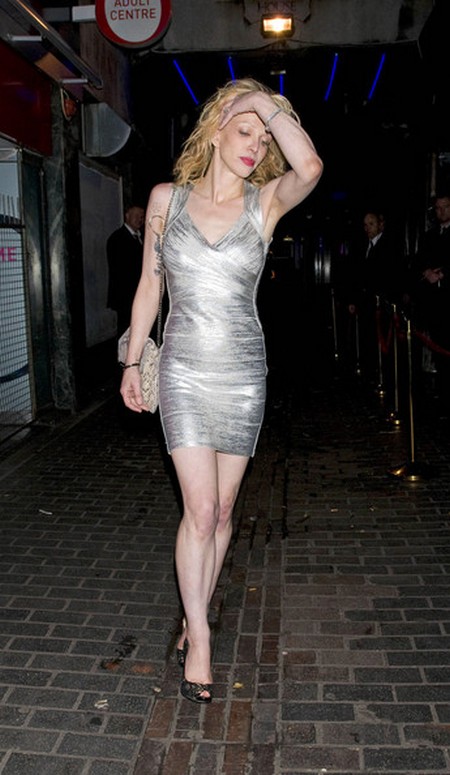 Courtney Love has accused Dave Grohl of having a sordid sexual liaison with her 19-year-old daughter, Frances Bean Cobain, in a crazy rant – and now Frances Bean has hit back asking that Twitter ban her mom.

Courtney went ballistic at Dave in a nutty Twitter rant which has since been deleted:  “I hear from Frannies roommate that @davegrohl hit on Frances, and that she was curious, I’m not mad at her, him I am about to shoot dead.”

She added “dave tried to f*ck me a lot” but added that he was “sexually obsessed w kurt not me.”

Courtney is referring to her ex-husband, the late Kurt Cobain, who is her daughter Frances Bean’s father.

Courtney claimed she heard from ‘reliable sources’ that Dave and Frances were seen together in the back seat of a car – from there to sex is quite leap!

Dave, 43, released a statement saying: “Unfortunately Courtney is on another hateful Twitter rant. These new accusations are upsetting, offensive and absolutely untrue.”

“While I’m generally silent on the affairs of my biological mother, her recent tirade has taken a gross turn. I have never been approached by Dave Grohl in more than a platonic way.”

“I’m in a monogamous relationship and very happy. Twitter should ban my mother.”