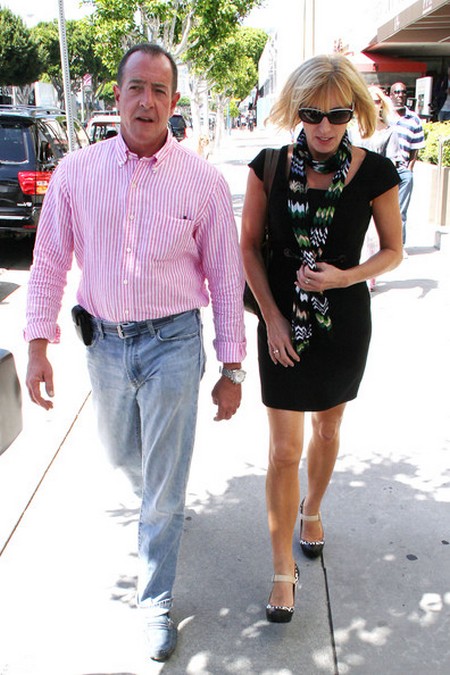 It seems that Michael Lohan and Kate Major will be heading back to court again after Michael allegedly violated his restraining order against Kate… again.  Michael denies it all, as he usually does but he also admitted that he has been secretly living with Kate… that sure sounds like a restraining order violation to me!

Maybe the cops should just ignore any future calls from either of them.  At least this time around Michael wasn’t swinging form the trees like Tarzan trying to escape the police.

Law enforcement sources tell TMZ, Michael’s on-again-off-again-on-again GF called the Delray Beach Police Dept. in Florida today, claiming Lohan had shown up to a salon she was at (a violation of the current protective order against him) and started furiously banging on the glass windows.

We’re told cops showed up — but by the time they arrived, Michael had already split.  But Lohan tells us, he didn’t violate the court order because Kate INVITED him to the salon in the first place … to borrow money from him.

Michael says Kate has been seriously involved with him recently and — shocker — the two have been secretly living together for a while.  Law enforcement sources tell us, police took Kate’s report when they showed up to the salon — and have also spoken with Michael about his side of the story.

We’re told the case will be referred to the Florida State Attorney’s Office — to decide if charges will be filed.