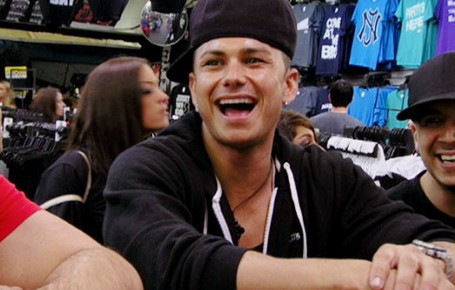 Pauly D isn’t throwing his fists up in the air now. The famous DJ and Jersey Shore star was sued recently by his former talent agency, who claims that he owes them nearly $370,000 plus a commission on his future Shore-related earnings.

Pauly began with the talent agency in 2010, but recently parted ways with them for undisclosed reasons. But ICM Talent Agency isn’t ready to let him get away easy . . . they’d like to collect their dollars — and all of them!

According to The Hollywood Reporter, ICM claims the following: “standard custom and practice in the entertainment industry that talent agencies are entitled to post-termination commissions on all deals they negotiate for their client.”

Pauly D’s legal camp is furious with ICM’s action, stating that the allegations are irresponsible and unprofessional:

We are surprised by ICM’s contention that it is due commissions after ICM was terminated in favor of William Morris Endeavor. ICM was paid for its services. It is even more disappointing that an agency like ICM would choose to take advantage of its former relationship with a client and disclose his confidential business affairs to the public in disregard of any duties it owes as a talent agency.

What do you think about Pauly D being sued? Let us know in the comments section below. Honestly, I’d be surprised if this lawsuit goes anywhere, but we’ll soon find out. We will keep you updated.