Trouble In Paradise: Jennifer Aniston and Justin Theroux Fighting, Is the End Near? 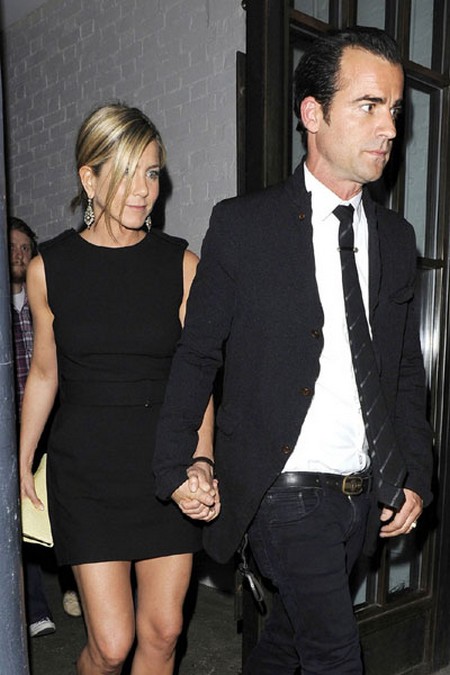 We have been hearing rumors that Jennifer Aniston and Justin Theroux have been fighting a lot.  As a matter of fact the two will have separate living areas in their new Bel Air home.  Jennifer will do whatever it takes to make their relationship work.

Jennifer realizes the only way their relationship can last is if they each have a place where they can get some space from each other.  Apparently the two have been battling about Justin’s former girlfriend Heidi Bivens.  Justin and Heidi are still friends and that drives Jennifer insane.  It is a real sore point with her.

A source reveals:  “They’ll share a bedroom and other rooms, but both need their space and decided that the best way for the relationship to survive is for each of them to have separate sections of the house that are exclusively their own. Jen Justin fight a lot, so she figures it’s better if he has an escape in the house they need to get away from each other.

For the first six months or so, this wasn’t a problem but recently both of them have had moments of feeling trapped, and emotionally suffocated. This causes friction. The other issue is he wanted to live in New York, but she backed out at the last minute. Justin tried to be understanding but deep down he’s annoyed. That’s caused some major fights. So when they finally do move in together, Justin will have its own massive man cave, kitchen and bedroom to flee to when the arguing gets heated, says a pal. The last thing Jen wants is just storming out to a hotel. Many friends say that that quote his and hers quote housing is a wise move.

Jen is aware that she finds it very difficult to live with other people, and she realizes that they can’t be together all day, that the need their own space, says the insider. It shows she’s determined to make this relationship last!”

So there you have the story!  What do you think can Justin and Jennifer make their relationship work?  can Jennifer get beyond her insane jealousy?  Hit the comments and let us know your thoughts!