Zac Efron Is A ‘Pinch and Slide’ Pro At Unhooking Bras 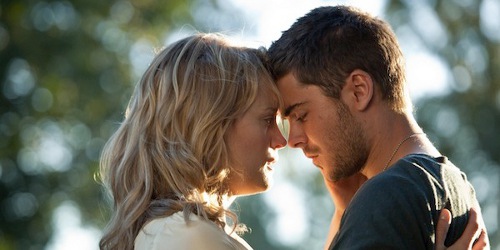 “The Lucky One” actor Zac Efron claims to be a master at unhooking bras . . . and we have proof. The actor, alongside Taylor Schilling who also stars in the film, was promoting the movie on Australia’s Hot30 when the interview took a turn for the awkward.

Mel commented on a scene in the movie where Zac unhooks a bra like a true professional and wonders if he might be able to do it again.

“You just pinch and slide,” he says.

The bra-unlatching shenanigans begin around 1:30. Take a quick glance at the interview and let us know what you think of Zac and Taylor. Are you looking forward to seeing them both in “The Lucky One,” which hits theaters April 20th? Who’s ready for another freaking adaption of a Nicholas Sparks book *sigh*?

Let us know in the comments section below!