Behind the Scenes Footage of ‘The Avengers’ (Videos) 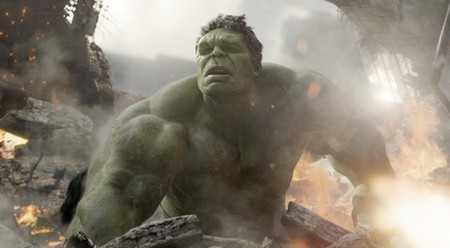 Last night was the premier of The Avengers film, if you’re like me and could not attend this event for obvious reasons then you’re in luck, because I’ve got some interesting information they’ll intrigue you. Recently Marvel and Disney studios released their first image of the Hulk as well as 20 minutes of behind the scenes footage and a new featurette.

The people of Industrial Light and Magic created an amazing CGI of the Incredible Hulk; I’m very impressed with how ILM incorporated most of Mark Ruffalo’s facial features on the Hulk.

Since we’re on the topic of Mark Ruffalo a new featurette including him, Joss Whedon the director and Robert Downey Jr. talking about the characteristics of the Avengers Team. It’s called Tension and it shows how Tony Stark likes to mess around with people when he interacts with his fellow team members.

If you’re a fan of behind the scenes footage then you’ll be happy to know that there are 20 minutes of b-roll from the film. B-rolls for those of you who don’t know what they are complications of behind the scenes footage’s from the film. Most times footage like this is only seen as snippets from TV shows. Sadly there is no dialogue from the script or volume, just music playing it’s still worth a watch if you’re truly interested in wanting to see how the cast does with roles so far.

Music from this video is by Alan Silvestro, who also composed the original music for all the ‘Back to the Future’ movies and ‘Van Helsing’, he’s even been nominated for 2 Academy Awards for Best Music for ‘Forest Gump’ and Best Achievement in Music Written for a Motion Picture, also for the original song for ‘The Polar Express’ for the song Believe. If you don’t want to be spoiled for what will come from the film then I’d recommend, not to watch the behind the scenes footage just in case.

On a side note, it’s been reported that the cast for The Avengers will be heading back to a secret location to film one more final scene, apparently at a press conference Robert Downey Jr. told the press that there’s one more scene to film. The press obviously thought that he must be joking since the premiere for the film has already been held, but Mark Ruffalo confirmed that what Downey said is true. I have no idea of what the hell they’re filming for this film but all I know is that I can’t wait to see it.