Dwayne Johnson Lays the ‘Smack Down’ on Some Mythical Creature’s Ass? 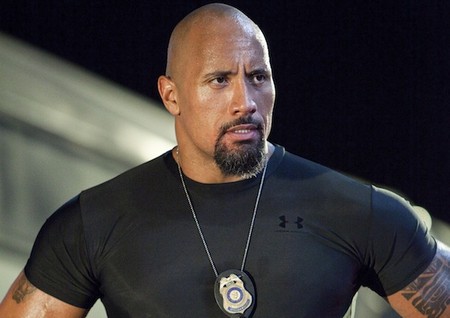 The idea of a film adaption for the series ‘Lore’ started two years ago with both Jeremy Lott and Cory Goodman starting to write the screenplay.  It wasn’t till recently that it has been turned into a pretty big project with a bidding war starting between several studios trying buy the rights.

But what was the reason for such an increase in interest for the film adaption?  Well according to THR Dwayne ‘The Rock’ Johnson has been confirmed to star in it.  Once that was known, the bidding war began. The film adaption bidding went as far as seven digits, with Warner Bros. out bidding both Sony and Paramount.

Here’s a brief description of the husband and wife team T.P. Louise and Ashley Wood’s graphic novel found on IDW’s site, “In times past, the world was full of mythical creatures, creatures long since banished and held at bay by the secret society of Shepherds. But when the generational line of Shepherds is broken, a reluctant hero finds her life threatened from every quarter. And the creatures are coming back… Now”

Essentially this movie is believed to be like ‘Men In Black’ with mythical creatures instead of aliens, I don’t know about you but I’d love to see The Rock lay the smack down on some mythical creature’s ass.

Dwayne Johnson is set to star in many films this year, including two other graphic novel adaptions ‘Cuidad’ and ‘Hercules: The Thracian Wars’ along with ‘G.I. Joe 2: Retaliation’. It’s going to be a busy year for Dwayne, I’m excited because I think he is an awesome actor.