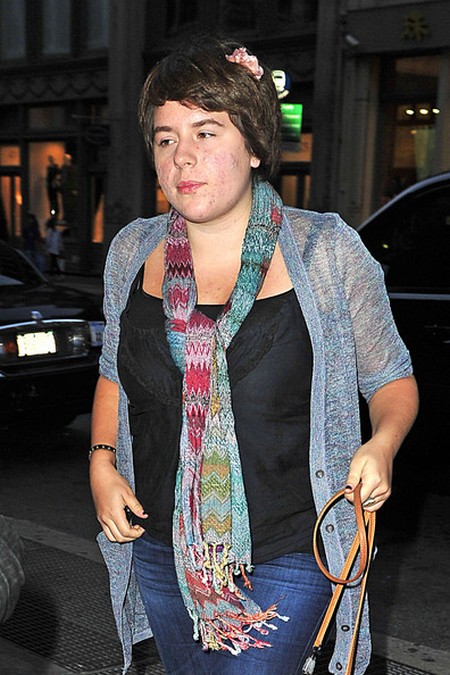 Tom Cruise’s adopted daughter with Nicole Kidman, Isabella Cruise, is living in deadly downtown Los Angeles on skid row – surrounding by rapists and drug dealers.  Isabella has shacked up with her musician boyfriend, Eddie Frencher, and the two rent an apartment in a terrible neighborhood.  Why is Tom allowing his daughter to live in danger?

In Touch reveals in the print edition of April 30 the scary truth:

Isabella Cruise’s life is in danger in the slums of LA. As the eldest daughter of two superstars, one would think that Isabella Cruise would be living the sweet life in a swanky Beverly Hills mansion. However, In Touch can exclusively reveal that the 19-year-old daughter of Tom Cruise and Nicole Kidman has moved to an apartment in one of LA’s most dangerous neighborhoods moving to the notorious skid row downtown area with her struggling musician boyfriend, Eddie Frencher. “Isabel is now surrounded by homeless people and drug dealers,” an insider tells In Touch. “She’s a celebrity, but walks around his frightening neighborhood all by herself.”

Tom cannot be comfortable with his headstrong teen’s hasty move far from her sheltered life and high-class upbringing. “Tom believes his families vulnerable to potential kidnappers,” a source reportedly said, adding that the Mission Impossible star, 49, installed the 1 million dollar security system in the Beverly Hills home he shares with his wife Katie Holmes and daughter Suri, six. “His system includes a guardhouse, cameras and even a moat.”

But while her father remains safe in a virtual Fort Knox, Isabel’s new building lacks even a doorman to protect her from the shady characters that swarm her street. “Tom is sure to be furious,” the insider said while Tom may be devastated by Isabel’s decision, he only has himself to blame. According to another insider, the strict father’s rules may have pushed Isabel to follow your own path. “Tom always micromanage his children’s lives,” the friend says of the actors brood with his ex-wife which also includes Connor, 17.  However, adds a pal, “Isabel has her own ideas about how she wants to live her life.”

Now, Isabel is tasting the freedom she’s always wanted, but at what cost?  “She’s putting herself in danger,” the insider warns “she is truly gone too far.”

Do you think that Tom should intervene?  Let us know in the comments below.

Prev Next
15 Comments
Leave A Reply
Cancel Reply
For All The Alaskan Bush People News!