Nicki Minaj: I Never Want To Be Poor Again 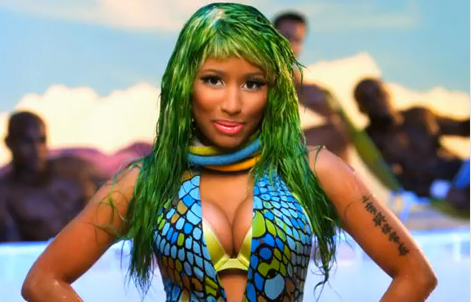 She came from nothing to becoming the world’s leading female rapper. Nicki Minaj isn’t one to be shy when it comes on her childhood and growing up in New York. The singer has said many times that living in the ghetto wasn’t easy due to the money problems her Mother was having since her father was spending most of it on drugs and alcohol.

Speaking to Contactmusic, the YMCMB signed artist explains that not only does she never want to go through the things she went through but continues to say that although times were hard for her, they have made her stronger as a solo rapper in the music industry:

“I never want to go back to being poor. Once you have a taste of that you will always be driven. I know what that felt like and I don’t want to feel it ever again. So yeah, I mean my childhood was crazy but it got me to the point where I had so much faith in whatever I was doing. I just always feel where there’s a will there’s a way, and I live my entire life that way now.”

“If you are born with a silver spoon in your mouth and you come into this business you’re going to get let down a lot,” she said. “And it will probably send you crazy.

Nicki Minaj revealed last year that her father had tried to burn the apartment her Mother, her brother and herself were staying in. Luckily, Minaj wasn’t in the house that night, neither was anyone else but her father who managed to get away with no serious injuries.