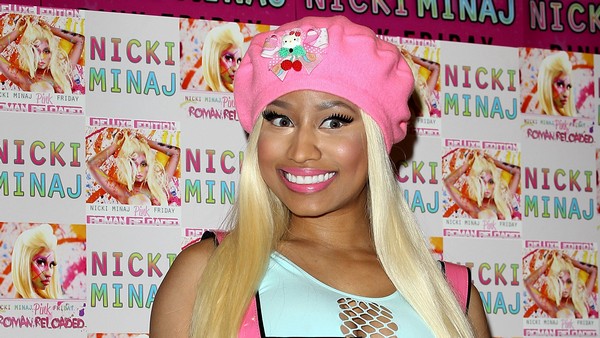 Last week, Nicki Minaj closed her account on Twitter after getting into an argument with another Twitter user who had leaked her album, Pink Friday: Roman Reloaded on the net just days before its release. Minaj didn’t know about this until last week and was left devastated and angry so she decided to confront the user which later led to her deleting her account, showing how upset she was by the album leak.

Minaj has been in London the past few days to promote the record which went no.1 on the UK Official Top 40 Albums chart but has since plunged to the no.3 spot – while Adele continued to hold the top spot. Whilst on promotion, she stopped by The Sun to discuss the issue with her Twitter account and whether she was ever to return to the site anytime soon. Nicki replied to saying:

“Reinstate my account? I don’t know yet. I have to say, I’ve been kind of enjoying life without Twitter. But I feel bad on the Barbz. They got really sad when I deleted it. I think most artists will experience a lot of negative people on Twitter.”

“But thank God, I’ve got so many followers that I’m not able to see them that much. I’ll see some from time to time but, for the most part, I always focus on something good. But the way I deal with it is if I see someone tweet something bad, I’ll retweet it and put some lewd thing back.”

It seems as if Nicki is a little afraid of the backlash she has been getting by her “haters” and therefore removed her account. In our opinion, every artist is going to get treated bad by people who might not like their music… it’s life! We find it a pathetic reason to quit Twitter but Nicki has also said that she’s enjoying life without the microblogging site. So, prepare to wait for a very long time before Minaj returns (we’ll guess when another single or albums needs some promotion).