Kim Kardashian: I Wouldn’t Be Famous If It Wasn’t For Twitter 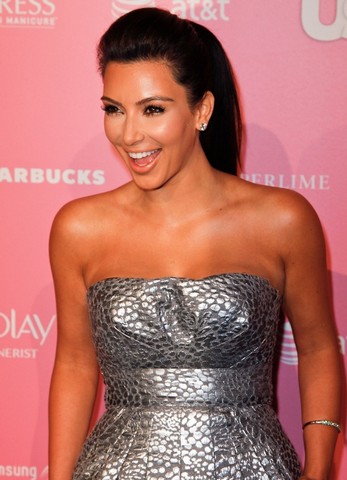 We certainly agree on that one! Kim Kardashian has spoken out about her fame and what she thinks of her rising success in Hollywood. The Kardashians are one of the wealthiest families and earned the most money (combined) last year than any other famous family in California, banking in close to $100million. But all of this success wouldn’t have happened if it wasn’t for Twitter, according to Kim.

The reality TV star told Paper that Ryan Seacrest had convinced her to join Twitter and update it frequently to build an audience – which has since grown to 14million followers. Kardashian continued that soon after joining the social network site, she became addicted and added that if it hadn’t been for the internet, Kim wouldn’t have been as famous as she is today.

She continued: “We are very well aware of who we are, and what our place is. We are so active on Twitter, on our Facebook pages, we are writing back, we are connecting. We enjoy it.”

Kim showed a little bit of attitude when she talked about how she responds to her haters who don’t have a profile picture and make fun of her second marriage which only lasted 72 days:

“I love writing them back,” she confessed. “People will write me, ‘My phone battery lasts longer than Kim Kardashian’s marriage’, and I’ll write back, ‘Oh, which phone is that?’ When people are so stupid, you just have to have fun with it. Someone [without a profile picture] will say I’m fat, or a hairy Armenian, and I’ll write back, ‘Oh, that egg picture of yours is so gorgeous’.”