Scott Disick Admits To Being Nervous On Having A Baby Girl Later This Year, Khloe Says He’ll Be A Protective Father 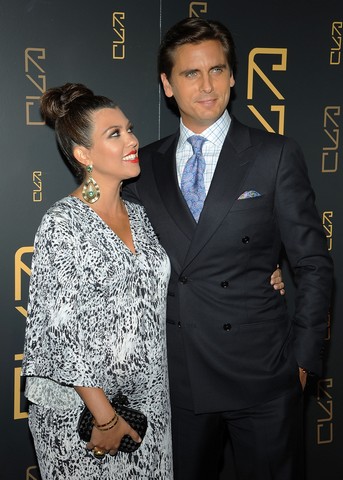 It’s no secret that Scott Disick‘s girlfriend, Kourtney Kardashian is carrying their second child – a baby girl. However, Khloe Kardashian has said that Scott is a little nervous on having a girl because ‘he wouldn’t want her going through the things he has’. In the latest issue of UsWeekly, Khloe is quoted saying:

“I think he’s nervous to have a little girl, because guys know what they were like when they were younger and they don’t want their daughters to go through that. I’m sure he’s going to be a little protective – and I’m sure Mason will be protective too.”

The whole family came out to support Disick’s restaurant in New York City on Sunday with the attendance of Kanye West – Kim K’s new boo. Whilst promoting his newly build restaurant, Scott took the time to have his say on how he feels about having a baby girl and whether he agrees on Khloe’s comments on him going to be protective over the child.

“I may be more protective [over her than Mason], but I don’t want to be too protective. We’ll see what happens,” the 28-year-old said. They should write more manuals on how to raise kids, because it’s tough!”