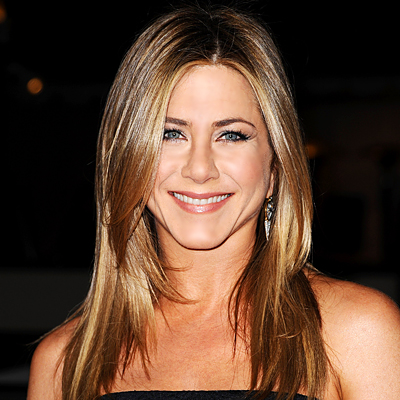 Jennifer Aniston wants nothing more to do with talk about Brad Pitt and Angelina Jolie now that they are finally engaged.  It’s no secret that Brad fell in love with Jolie while filming Mr. and Mrs. Smith and while he was still married to Jen!

Brad finally proposed to Jolie recently, giving her a $500,000 ring that he himself helped to design with the help of longtime jeweler, Robert Procop.

Jennifer is sick of all the talk about Brangelina and her feeling about their engagement – she just doesn’t care.

“She hates it being brought up because she doesn’t really care.  She says Angelina can have him. She just wants to move on.” says a pal of the actress.

Moving on is exactly what Aniston has spent the last year doing, with new love Justin Theroux.

Says her pal, “Jen’s totally happy with Justin, That’s all in the past.”

Do you believe that Jen doesn’t care about Angelina?  If you do then think again.  She will always hate Angelina and no matter what anybody says it is only natural.