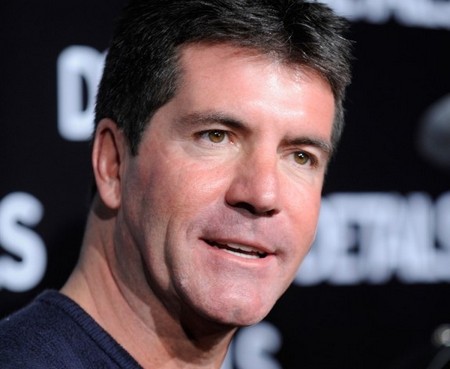 Simon Cowell arrived at London’s Serpentine Gallery, in a Rolls Royce and he admitted that he hid under his pillow during The Sun’s serialization of his unauthorized biography. He also revealed that the author, Tom Bower, is now a friend of his.

The book is about Simon’s fling with Dannii Minogue, specifically about how he wanted to sleep with Cheryl Cole and fire Gary Barlow.

While at the Serpentine Gallery in London he said “I wish to publicly apologize to anyone I embarrassed. Ten years ago, if I had read someone would be writing a book about me saying I made loads of money and shagged loads of girls I would have said, ‘Great!’”

Simon also told friends, “I spent the week hiding under a pillow and I couldn’t bear to look at The Sun. I knew it was bad because friends were sending me sweet messages saying, ‘Are you OK?’”

First, I think it is really sad and pathetic to even want to read a book about a guy as self-centered and egotistical as Simon Cowell is. Second, if he really was sorry, why publicize it? Most likely just another excuse for Simon Cowell to get himself in the news.