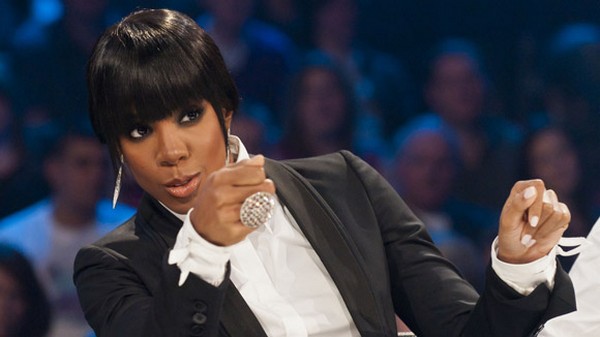 One Direction have said it and now Kelly Rowland too. The current X Factor UK judge – who appeared on the show last year to fill in for Dannii Minogue who had been axed from the talent show (despite claiming she decided to leave) – is not planning to make a return for another season since Simon Cowell is not willing to budge up her salary.

Rowland, who people most know for being part of girl group, Destiny’s Child, was paid £500,000 last year along with new judge, Tulisa Contostavlos whilst Louis Walsh and Gary Barlow‘s salary has risen from £1m up to £2m for the new season which starts filming in two weeks.

Kelly has demanded an offer of £1.5m (and we’re not surprised) since she’s worth the amount of money, knowing that she is a very popular artist in the UK – landing several top 10 hits and selling out arenas.

Some sources state that it’s about the money whilst another source says Kelly doesn’t feel comfortable on the panel since she ‘hasn’t really connected’ with the audience throughout her time on the X Factor.

“There’s a chance she could come back, but it looks increasingly slim,” the source said. “Money demands are not the main factor. Kelly didn’t connect with the audience as well as people hoped.”

Kelly has just one week to decide if she wants to take the £500,000 or walk away… unless she gets her way just in time and negotiates a deal with the producers and Simon. Who do you think will win this one? We’re putting our money on Simon.