Lindsay Lohan’s Publicist Claims She Was Not Late To ‘Glee’ Set, Adds That People Give Her A Hard Time Due To Her Troubled Past 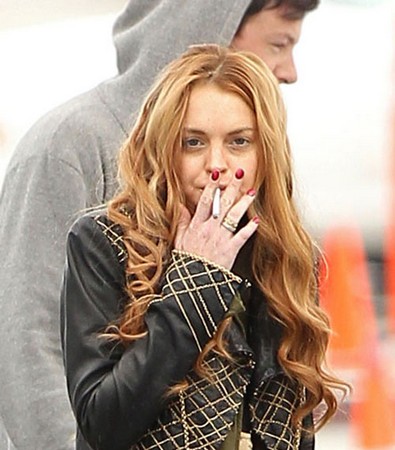 Lindsay Lohan has had a troubled past, there is no denying that but showing up for work… really? According to a tweet which was sent out by Glee star, Dotie Marie Jones, the actress claimed that people were missing on the set and she wasn’t too happy about it which had fans thinking that it must have been Lindsay. The tweet said:

“Gonna be a long day!! Some ppl show up late and just throw a wrench in things. Not cool! I’d rather be an hour early (I was) than 5 minutes late!”

However, Lohan’s publicist Steven Honig says that the tweet that Dotie wrote could not have been aimed at Lindsay as she had already arrived on set one hour before she was even to start filming her scenes, which gave her enough time to get her hair and make-up ready for shooting.

“The production team came to us and said that they wanted to start right after lunch, which was at two,” he explained. “They wanted to begin with Lindsay at three, so that meant she had a lot of time where she wasn’t doing anything. That’s why people didn’t see her. She was then in hair and make-up and began after lunch at three.”

Steven wasn’t shy to continue his statement, adding that people continue to think bad about Lindsay despite the fact that she’s trying to change her life and get her career back on track. Steven adds:

“If there was a problem yesterday, I would have just said, ‘No comment’, however I can’t ignore this because this is utter B.S,” he added. “This is a classic example of people trying to bash Lindsay. She busted her ass yesterday and is back on set again today.”