The Wanted Weigh In On Christina Aguilera: ‘She’s A Total Bitch’ 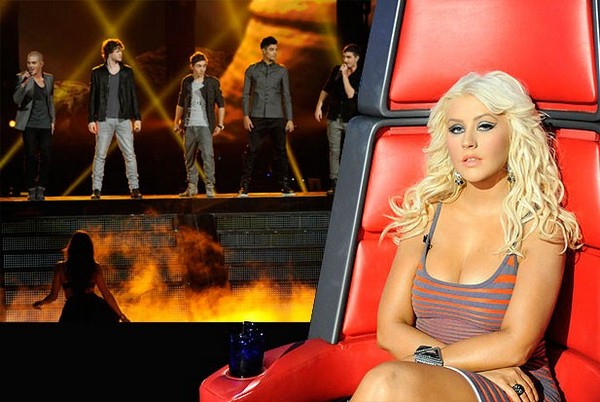 Whoa there. Now those are fighting words, don’t you think? Newcomers, The Wanted seem to have been very much unwanted when the group met Christina Aguilera backstage after performing on The Voice to promote their latest single. The British boy band seemed to have been a little intimidated by the singer’s diva attitude as she refused to talk to them and simply ignored their presence.

The Wanted’s Max George told 92.3 NOW FM: “She was a bit scary to be honest.” Other members of the group added: “She’s a total bitch! She might not be a bitch in real life but to us she was a bitch. She just sat there and didn’t speak to us.

She might have been in a bad mood that day – didn’t she completely par Justin Bieber as well? He went in for a hug and she was like, ‘Get away from me’. J Lo is hot you know, Christina’s nothing special.”

Last year, tabloid magazines claimed that the mentors on the show couldn’t get along with Xtina due to her wild behavior; not wanting to talk to anyone but “important people”, refusing to come back for a second season without getting more money and having tantrums in the dressing room.

Aguilera currently earns $15m per season on The Voice, which is more than any other person on the show. It’s only a matter of time before NBC get fed up with the attitude and writing those big cheques to someone who seems so spoiled, according to The Wanted. But what do you think? Are the boys overreacting?