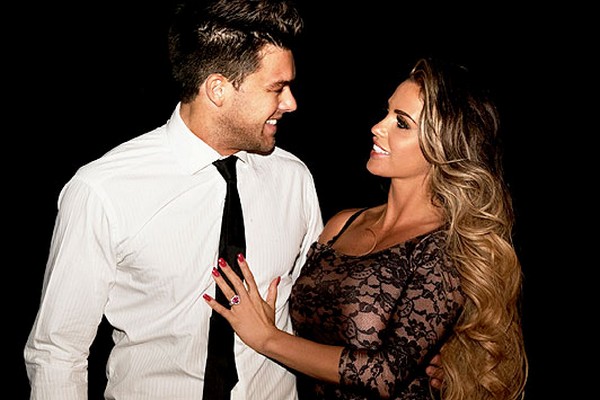 We have no words. Pretty shocking that glamour model, Katie Price has decided to get married for a third time despite just getting out of her previous relationship and finalizing the divorce to ex-husband, Alex Reid. Price who has been dating Leandro Penna for just over 11 months is now expected to walk down the aisle and – you guessed it – she’s having all the cameras there too.

The British model and her Penna recently went on a skiing trip to rekindle their love after they split up but wanted to give it another shot. Whilst on their trip, Leandro had already bought an expensive pink diamond ring and decided to make the announcement as the two went out for dinner.

A source tells The Sun: “It’s true – they are engaged. Leandro proposed to Katie while they were away skiing recently – and she said yes. They told her children but had intended to keep it secret for a while.”

We have no doubts in our mind that this will affect Katie’s two kids, Princess and Junior. Peter Andre who filed to divorce Price back in 2009 for having an alleged affair with several men is said to be worried for his kids’ sake as Katie continues to introduce the children to a new relationship ever so often.

The source goes on to explain that the couple will take their time with planning the wedding and are in no rush: “No wedding arrangements have been made and they are both quite relaxed about that for the time being.”