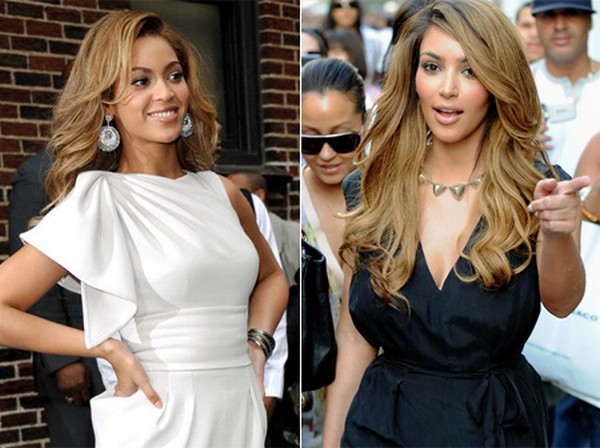 Looking back at the relationships Kim Kardashian has had, we managed to think of eight famous celebrities she has hooked up with, including rapper, Kanye West. So, it shouldn’t be a surprise to hear that Beyonce is not very happy that the rapper – who is a friend to the singer – has fallen in love with Kim.

Knowles is not unfamiliar with the Kardashians, she’s aware that Kim has a sex tape, her public relationships always ending up in tabloid magazines and of course her most famous stunt – ending her marriage to Kris Humphries after just 72-days.

“Beyoncé’s not happy about Kanye’s relationship with Kim. She had a conservative upbringing which was very different to Kim’s,” a source explains to The Sun. “Bey’s never been impressed by her record with men and the sex tape that leaked a few years ago. Her 72-day marriage doesn’t exactly inspire her with confidence that she wants the relationship with Kanye to last either.”

Last week, Kanye and Kim, Bey and Jay were invited to dinner by their friend Carmelo Anthony and Lala Vazquez. Beyonce and Jay arrived at the event much earlier than they were expected to and reportedly left as soon as Kimye were seen making their way over. We’re interested to know what you think of the Beyonce-Kim drama? Do you blame B for acting the way she does or do you think she’s being too harsh on the reality-TV star?