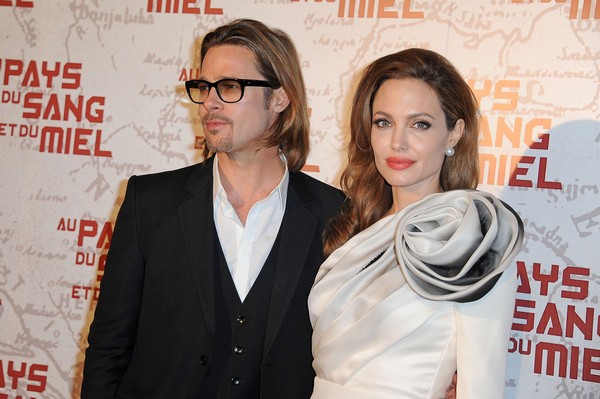 Could this become the wedding of the year? . Brad Pitt and Angelina Jolie are reportedly wanting to tie the knot on August 11 which will also mark the actor’s parents wedding anniversary. According to the Daily Star, Jolie came up with the idea to have the dates merged in hopes to have one big family celebration with the attendance of George Clooney, Matt Damon, Johnny Depp, Tom Cruise and many more A-list actors.

“They thought their kids would love the idea of seeing mom and dad get hitched followed by a big bash for them as well as ‘Meemaw and Grandpa’ as they call Brad’s folks. [Jolie] came up with the idea of making it a real family celebration by merging Bill and Jane’s special day with theirs.”

The couple who got engaged earlier this month said back in 2006 that they were not going to marry until all Americans (whatever sexual preference they had) were able to get married too. Since then, a lot of improvements have been made – you can now legally marry in New York, California and many other states. It’s definitely an improvement than to how it was six years ago and for all we know, the couple are to thank for that.

“The kids have been asking when they’re going to get married for years. Now they are pretty much the main reason Brad and Angelina are tying the knot. Brad’s family mean a lot to Angelina, especially since she lost her own mum Marcheline to ovarian cancer more than five years ago and spent years refusing to talk to her father,” the source added.