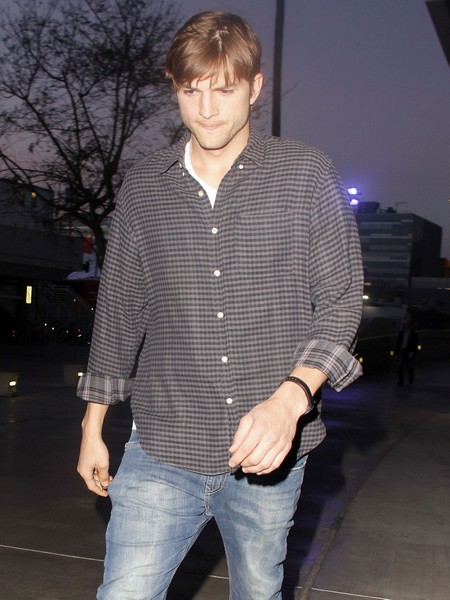 Ashton Kutcher, 34, replaced Charlie Sheen after he left Two and A Half Men.  It is being reported that Ashton signed a new one-year deal which will see him reprise his role as lonely millionaire Walden Schmidt, with co-stars Jon Cryer and Angus T. Jones also returning.,

Ashton will get $700,000 per episode but he and his co-stars have been promised a signing on bonus, according to Deadline. Earlier this year Ashton revealed he would be happy to return for a new series.

He said: “I’m having a lot of fun doing the show, working with these guys and would be interested in coming back.  The deal that we structured for the show is kind of a test deal, ‘Can we get the show up? Can we get it going?’  The show is outperforming the numbers from before I was here, and so I think people are responding to it, and, for me having a show that people like and people want more of, that’ll dictate my decision.”

The first episode of ‘Two and a Half Men’ in which Ashton appeared set a ratings record for the show, drawing in some 27.7 million viewers –  more than double the number who watched the first episode of season eight in 2010.   But that is no surprised since everyone wanted to know what the show would be like without Charlie Sheen.

By the end of Ashton’s first season with the show the ratings started to drop.  I guess the curiosity factor was gone.  What do you think, can Two and A Half Men last another season.