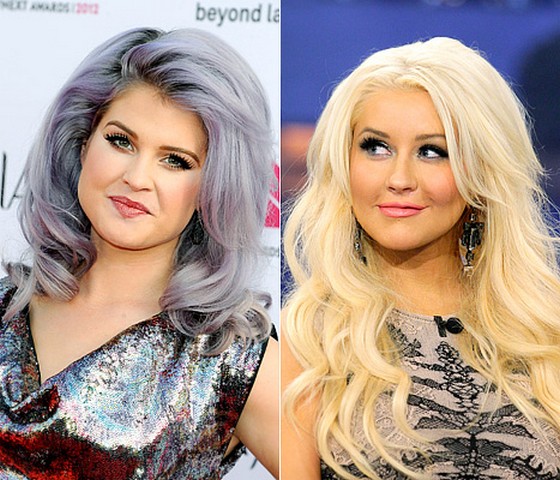 Kelly Osbourne and Christina Aguilera have been bickering and using nasty words against each other for more than ten years now – after Aguilera made the first diss to say Kelly looked fat in the outfit she wore at an event – but it seems that the feud which we thought would never end has finally stopped.

Osbourne seems to have matured from her earlier days and although she doesn’t say that the two are best friends now that she’s praising her looks, she does however only give positive feedback as Xtina’s name is mentioned.

Kelly was a guest on Andy Cohen‘s, Watch What Happens Live, where he asked the TV personality what the beef between her and Aguilera was all about. Instead of going in for another diss, Kelly decides to say nice things about the singer: “I think she’s looking way better right now, she’s got a great voice and she’s got a beautiful son.” Don’t you just love how Osbourne had to mention Christina’s son?

In case you’ve already forgotten, earlier this year whilst hosting her weekly job, Fashion Police, Kelly had this to say about Aguilera: “Maybe she’s just becoming the fat bitch she was always born to be. I don’t know. She was a c**t to me. She called me fat for so many f**king years, so, you know what? F**k you, you’re fat too.” Christina replied to her comments saying that ‘Osbourne has a crush on her’ but she turned her down.