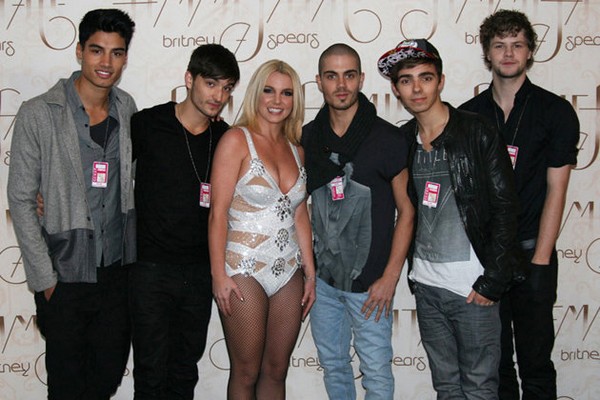 Total shocker but The Wanted are growing on us. We love their stories; first it was Christina Aguilera being a b*tch for not talking to them and now it’s Britney Spears. The British group were the supporting act for Spears’ UK shows last year for her Femme Fatale concert and said they had a great time meeting the pop princess and being able to open for her was incredible – but they didn’t appreciate being told to face the wall when the singer passed by.

According to Tom Parker and Siva Kaneswaran, they were trying to search for a WiFi connection on his laptop, Britney made her way out of her dressing room – walking in the direction Siva was at. The singer was accompanied by her bodyguards who ordered the Wanted star to face the wall as Britney passed them. But if you think that was a shocker, that’s not all. The group were also forced to sign a confidentiality agreement not to reveal ANYTHING that happens backstage.

“We signed a confidentiality thing that we should never say anything about what happened, but let’s tell it anyway,” Tom revealed to  Fresh 102.7. Siva added: “I was in the hallway with my tour manager. Basically we were looking with a laptop, trying to get WiFi… facing the middle of the hallway. [Britney’s] bouncers came down with her and told us to face the wall.”