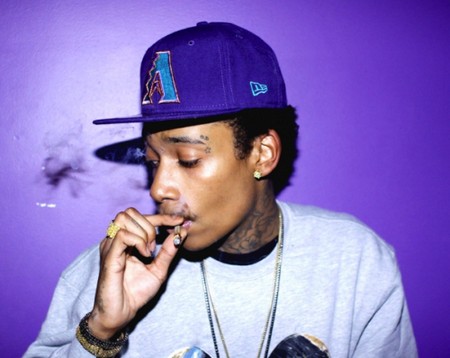 Rapper Wiz Khalifa was busted by cops in North Carolina after the officers pulled over his tour bus following his concert in Winston-Salem on Tuesday night (01.05.12) and discovered 11.39 grams of marijuana after searching the vehicle, according to TMZ.com.

Wiz was cited for possession of a controlled substance and then released and he now must appear in court to face charges at a later date.

This is the second time in 10 days Wiz – who is engaged to model Amber Rose – has been found in possession of cannabis.

The 24-year-old hip-hop star was cautioned for the offence by police after he was discovered in a hotel room on April 21 smoking a joint following complaints from other guests.

Although Wiz – real name Cameron Jibril Thomaz – tried to get rid of the evidence by throwing the drug-laced cigarette out of his window before letting the police in the officers recovered the joint and the musician then confessed to having another 3.7g of marijuana in his pocket.