Rita Ora Loves Being Compared To Rihanna, Adds That She’d Love To Duet With The Singer 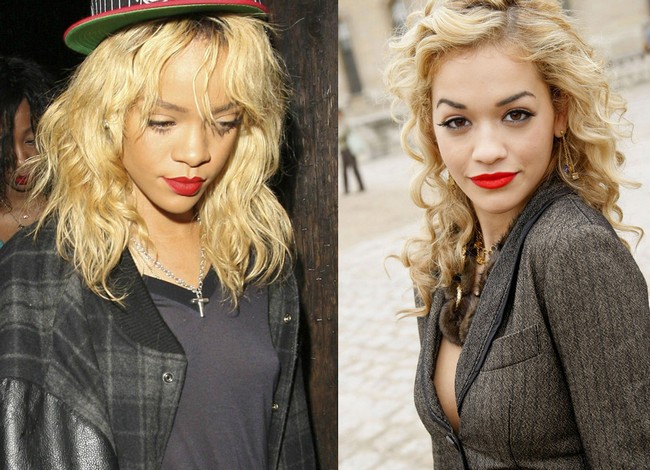 Rita Ora. Haven’t heard of that name? She’s a rising superstar who is signed to Jay-Z’s label, Roc Nation. Despite being a newcomer in the industry she has already worked with artists such as Tinie Tempah and Drake – who she is rumored to be dating. So, it shouldn’t be a surprise that a lot of people are comparing her to pop star, Rihanna.

Ora revealed to MTV that she doesn’t seem to take it as a negative thing since it’s more of a compliment as she adores RiRi. In a recent interview, the British singer explains that she’d love to duet with the Bajan star in the future if she was up for it, her love for Rihanna and clears the air and once again lets the world know that she’s ‘very much straight’.

“I take it as a compliment, the comparison is a great one. It’s not like it’s someone I’m not a fan of, so I’m happy to be compared to someone like that.”

On a possible duet with Rihanna: “Doing a feature with her would be so cool. The video would be kinda hot. I’d be, like, chasing Rihanna the whole time… I’d be like come on, man, give me a shot, man! Let me just take you out! No, I’m joking; I’m very, very much straight.”

Rita is dropping her first single, ‘R.I.P’ on May 6th while ‘How We Do’ will become her first single in America – no release date given as of yet. For someone to make this many headlines and not even have a single out yet is definitely on the rise to become the new Rihanna, don’t you think!? Ha