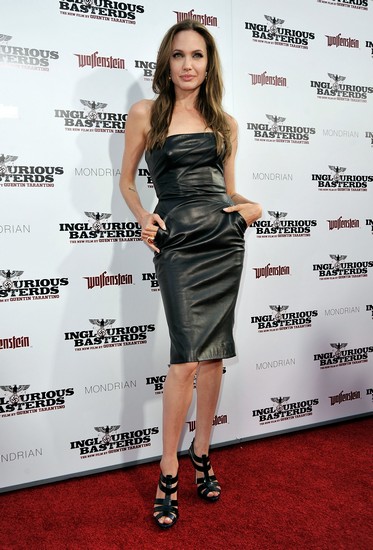 It’s no surprise that Angelina Jolie wants to look her best for her wedding day – as every woman does for their big day. But while most women want to lose the weight they might have been putting on, Angie needs to gain it due to her constant eating problems. Jolie has supposedly told Brad Pitt that she’s hiring British cook, Jamie Oliver as she’s come to terms with the fact that she’s looking too skinny and desperately wants to put on the weight before she weds Pitt.

Jolie has been receiving a lot of coverage in the magazines, who claim that the actress struggles to eat food as she’s constantly doing other things that are less important than her health. Some even say she’s become addicted to dieting, surviving on just a little amount of food a day. However, now that the big day is coming up, she wants to look her best, according to the Daily Star.

“Angelina has finally accepted that maybe she looks too thin. She’s decided she’d like a more shapely figure when she weds Brad and is hoping to gain ten pounds.Brad and Ange have asked Jamie to suggest some recipe ideas for them,” the source says.

“Ange never cooks so Brad’s now knocking up some English dishes like shepherd’s pie and bangers and mash. Brad would love her to have curves like she did when they met on Mr & Mrs Smith.”

Ange and Brad are expected to wed on August, 11 while Brad’s parents will also be renewing their vows on that day as they celebrate their wedding anniversary too. What a wonderful bash! We can’t wait to Angie in killer curves.