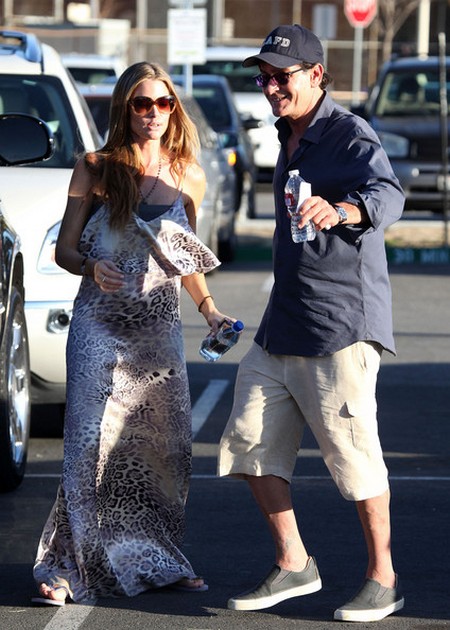 Charlie Sheen‘s ex-wife Denise Richards has been cast to play his love interest in his new television show Anger Management.  Charlie and Denise were married for three years and they have two children together, Sam and Lola.  The two divorced in 2005.

Denise has supported Charlie through all this problems the last year and was recently asked about Charlie she responded, “He’s in a really good place. Everything is good. He’s been very focused on our children and on his job.”

This will be Charlie’s first role since his dramatic exit from Two and A Half Men.  Denise had this to say about the show, “I saw a sneak peek of the first episode and it’s really funny.”

Denise revealed that she joined in on a script reading last week and is looking forward to starting properly on the show.

I am looking forward to seeing Anger Management, I really hope Charlie succeeds and Chuck Lorre has to eat his words.  What about you, will you be tuning in?