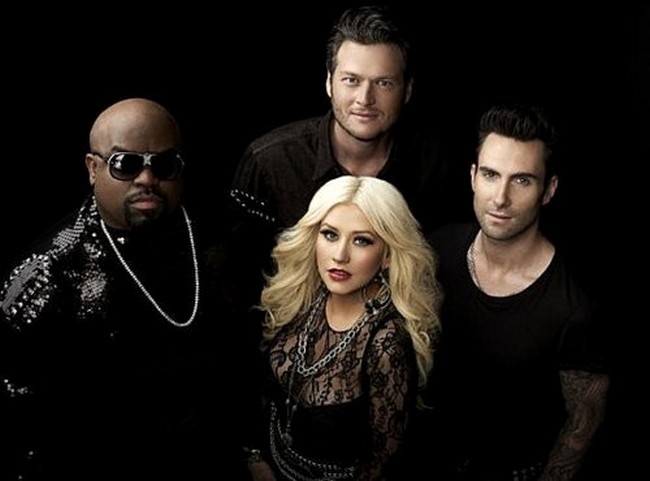 Unlike Simon Cowell‘s judges, The Voice seemed to have become very close to each other – not just on-camera. Mentor, Cee Lo Green has said that he thinks everyone on the panel (Xtina, Blake, Adam) are people who can not be replaced on the show since they are the ones who made the show what is has become today – a successful talent show which averages at 15million per week.

The Voice has even proved to be a bigger success than Cowell’s X Factor and is slowly catching up to American Idol which still remains to be the most-watched program each week. Speaking about being a mentor on the show, Cee Lo says: “I would like to think that we were irreplaceable, you know what I’m saying… But the truth of the matter is, we’re still working-class artists and artists can be very fickle,” Green explained. “I would like to be here as long as it’s fresh and new and exciting and fun for me.”

Green has entertained viewers and kept them interested with his humorous side; farting on the show and making appearances in the most bizarre outfits a man could wear on live television. Nevertheless, it definitely works when it comes to ratings because the show has managed to sustain people to watch the show from week-to-week as it’s less of a bickering show between the judges and more between the contestants and who really wants to win at the end of the show.

On perhaps starting a super group with Christina Aguilera and the rest of the mentors on The Voice, Green said:

“Why not? Everybody’s talented. Everybody’s available and highly enthusiastic. I think everybody would be up for it, man, because it’s a great idea,” Green beamed.