Jennifer Love Hewitt Had Nightmares That Her Boobs Were Shrinking 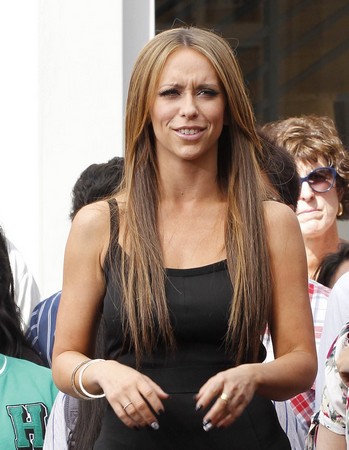 Jennifer Love Hewitt has been in the news quite a lot but this must be the most bizarre story yet. On her most recent appearance on Chelsea Handler‘s show, Chelsea Lately, the actress explained she had a nightmare of people trying to ‘deflate her boobs’. Jennifer who has been busy promoting The Client List – with its very controversial advertising banner – had to say this:

“I actually had a nightmare the other night that people were trying to deflate my boobs while I was working. They had tubes and I was trying to work, but they kept getting smaller. I was like, ‘Guys, don’t take them away!’ I’m getting issues about it, I think.”

Last month, Jennifer revealed that she had a crush on Adam Levine but later regretted ever opening her mouth and saying it on national television. Levine however said he was ‘flattered’ by her comments – but when asked if he would like Ellen to try and hook the two up, he laughed it off.

Speaking on The Client List‘s boob-tastic advert billboard, the Hewitt explained: “Some random person decided they were supposed to be smaller. I still don’t know who that person is. Right now I’m rubbing guys for a living, so I’m fine. I have my own Fifty Shades of Grey happening every day, so I’m good.”