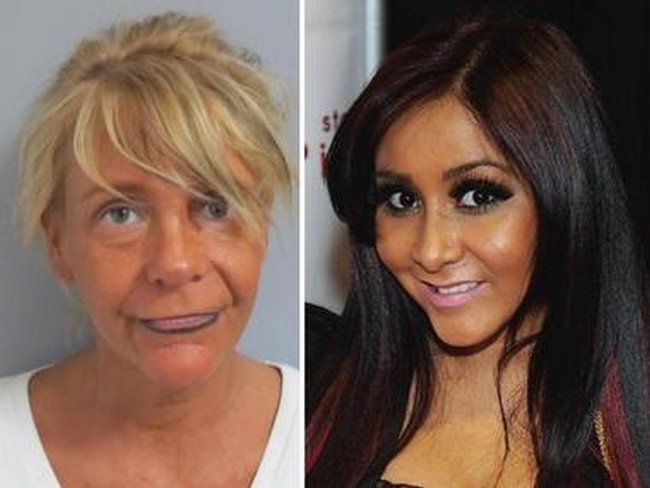 Wow! Tan Mom, those are real fighting words right there! Unless you have been hiding in a closet for the past 7 days, you would have heard about Patricia Krentcil, who allegedly took her 5-year old daughter tanning in New Jersey. Police arrested the mother after her daughter went to school to boast about her experience when a teacher overheard the little girl and immediately took action.

Now, Tan Mom is fighting back, and her words are much worse than the ones Snooks used. According to TMZ, the tanorexic mother said: “She’s the biggest asshole in the world. She’s fake, she’s fat, her t*ts are fake, she’s disgusting.”