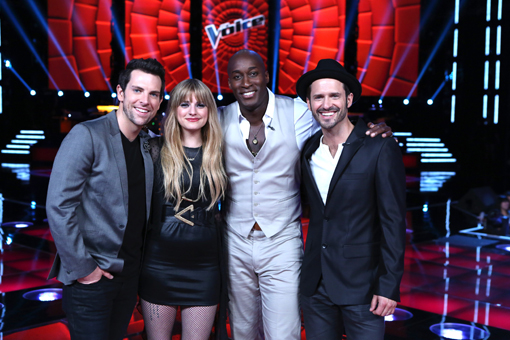 The final four contestants take the stage on The Voice tonight for a chance at a recording contract with Universal Republic and $100,000 prize.  In the final phase of the competition, the remaining four artists of coaches Christina Aguilera, Cee Lo Green, Adam Levine and Blake Shelton’s teams perform during a live broadcast. One artist from each team will be a step closer to being named “The Voice.”

The four remaining contestants will perform one song, then they will join their coaches to perform another during the live broadcast.

We have all the performance videos of tonight’s show below for your enjoyment!