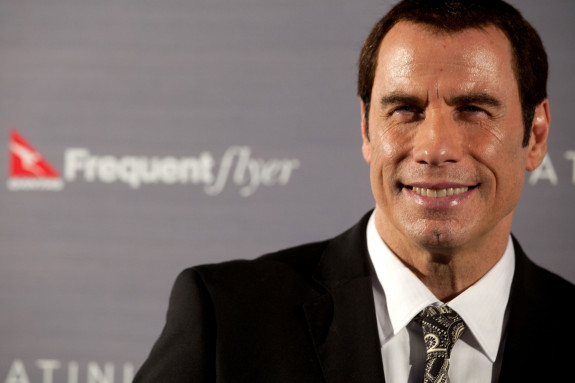 This is absolutely pathetic! We have no intentions to believe that John Travolta sexually assaulted these “male masseurs” at a hotel in Beverly Hills. The first man made the accusations earlier this week which claimed that Travolta had forced himself onto him, saying that he was to do whatever the actor said he should while the other claimed he had the same experience and he feared for his life.

The attorney, Okorie Okorocha, who is taking on the case has told People that more and more people are coming forward, trying to make the same allegations – that they have also been assaulted by the A-list actor. He tells the mag: “There’s a bunch of accusers against Travolta who have similar accusations. Many have contacted me, and I’m still vetting their stories. More defendants might come forward soon.”

However, earlier today, prove was given by Travolta’s team that John was not even in LA at the time when he was allegedly believed to have done what was claimed. His flight took off at 8:21 PM on January 15, 2012 from the Los Angeles International Airport and landed at Westchester County, NY at 3:59 AM.

Pictures which show the actor at a wardrobe fitting provide even more evidence that the actor was not in LA, nor could have been at the Beverly Hills Hotel at the same time. This already makes us think that all the stories are fabricated and that John is a target for someone to cash in on money! We’re talking about $2million – that’s how much the accuser is asking for.

Marty Singer, a representative for the actor continued: “This second ‘anonymous’ claim is just as absurd and ridiculous as the first one. The attorney who filed the lawsuit on behalf of his second anonymous client – who does not want to disclose his name although he is required to do so – was notified that his first client’s claims were totally false and fabricated, since our client was not in LA when anonymous ‘Doe #1’ claims he interacted with John Travolta.”