Donald Trump Takes Cheap Shots At Cher On Twitter, Calls Her An ‘Average Singer’ For Hating On Mitt Romney 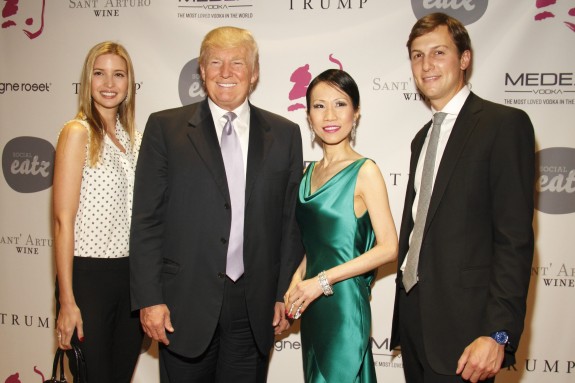 Out of the blue, Celebrity Apprentice host, Donald Trump took to his Twitter to share how much he hates singer, Cher after she allegedly “attacked” presidential hopeful, Mitt Romney with spiteful words – most likely a close friend to Trump seeing how he reacted to the situation. Instead of letting Romney fight his own battles, Donald decided to butt in and handle it for him… by raging on the micro-blogging network on how much he dislikes Cher for having her own opinion.

Trump even had the nerve to tag his enemy, Rosie O’Donnell in the tweet so that she can read it. The man really does seem to come across as one fearless, stubborn person who picks unnecessary fights with women who have achieved much more in their lifetime than he has (okay, hold up – we’re excluding Rosie from that list).

Cher said: “If ROMNEY gets elected I don’t know if I can breathe same air as Him & his Right Wing Racist Homophobic Women Hating Tea Bagger Masters.”

Donald then replied to her tweet, saying: “@Cher attacked @MittRomney. She is an average talent who is out of touch with reality. Like @Rosie O’Donnell, a total loser!”

Cher later apologized for her hardcore tweet, which seemed to have come across a little cold-hearted. She didn’t waste time to delete the tweet and say sorry for her followers for what she had tweeted: “Sorry 4 bringing Wrath of Kahn Lovelies. Feelings [are one] thing but no right 2 let mean spirit run free! Anger in heart made me turn back on Luv.”

The singer didn’t reply to Donald’s comments, however, Rosie did! O’Donnell who hates Trump more than words can describe replied to the tweet within minutes; her words proved that she was definitely fuming at that point: “He returns – like a raging herpes rash. He wants me … He needs me – he is obsessed … like a grandpa stalker.” She added: “[Out of the] total blue – when he needs publicity – he calls me names – fat – loser – “degenerate” – low class – Such a special guy.”

What do you think of the whole Cher, Rosie, Trump drama? Was it really needed at this time? I mean – all the attention should be on Obama now, shouldn’t it? Ugh, it was a cheap shot from Donald, for sure but we must admit that what Cher said came across as a little… strong.