Jay-Z And Beyonce Moving To London, Couple Rented A Townhouse Near Gwyneth Paltrow 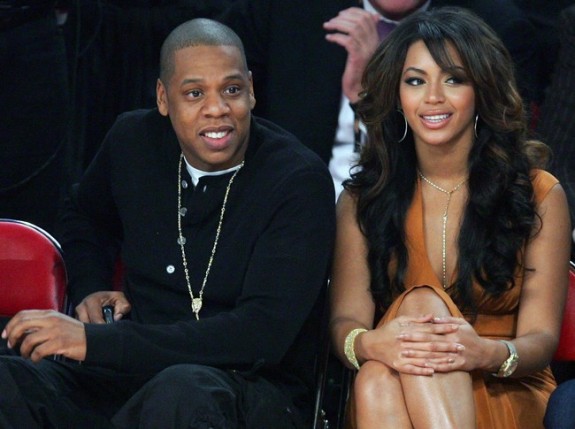 Beyonce has her reasons to move to London; she wants a more private life, she’s heading back in the studio and will have great connections to the best producers in the world. Meanwhile, Jay-Z will be able to…. help Beyonce out with Blue Ivy? Hah. The couple are said to have rented a townhouse in London close to good friends, Gwyneth Paltrow, Chris Martin and Simon Cowell after being recommended to make the move by family friends.

While Jay has managed to stay away from the tabloid magazines, his wife has been the target of nearly every cover, claiming that the singer was not carrying a baby, a surrogate had been contacted and arranged to deliver the baby in the New York City hospital where she allegedly gave birth to five-month old Blue Ivy.

“Both Jay-Z and Beyoncé are going to be spending a lot of time in London over the next few months. Jay is over here for his ‘Watch The Throne’ Tour and Radio 1’s Big Weekend and Beyoncé will be launching her perfume in Europe over the summer. They wanted to have somewhere more homely now they are parents.”

MediaTakeOut recently reported that Jay – who is B’s full-time manager – is trying to sign the singer up to to a $150million deal to work on her next studio album, followed by a world tour. So, this must mean that if Beyonce signs a deal for that price, he’ll have to take care of the baby? That should be fun!