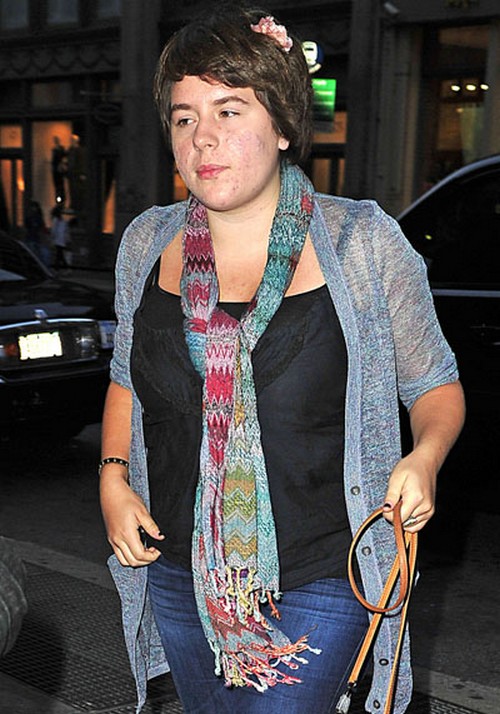 Tom Cruise is insisting that his daughter Isabella Cruise get married to her boyfriend Eddie Frencher.  Tom wants to take no chances that Isabella might hook up with someone who is not a member of Tom’s Scientology cult.  Eddie is of course a Scientologist along with Tom and Isabella. The CO$ (Church of Scientology) owns Tom and he does their bidding – and in this case that means making sure that Isabella does not marry outside of the fold.

Tom is offering to pay for everything – inlcuding the engagement ring – if Eddie will only commit.  In essence Tom is trying to buy Eddie – and since he is a cult member he will probably agree to be bought.

Tom Cruise has handpicked a husband for his daughter Isabella, says a pal, and the Mission: Impossible star is so delighted with his choice, he’s promised to arrange the entire wedding and honeymoon, The ENQUIRER has learned.

If all goes as Tom hopes, Isabella, 19, will walk down the aisle with 24-year-old budding music composer Eddie Frencher.

Like Tom and Isabella, Eddie is a member of the controversial church of Scientology. He’s been dating Tom’s little girl for more than six months, and her screen legend dad “loves him like a son,” according to a Cruise family insider, who added: “Tom wants to arrange everything for Isabella. He basically handpicked Eddie as a boyfriend for his daughter.

“Now he wants his daughter to get married to him — and, in return, he’d not only pick up the entire cost of the wedding and honeymoon, but he’d even arrange everything for the happy couple!

“That means Tom would arrange for the flowers, seating, everything. The wedding would be held at his mansion. I think Tom would even pay for the engagement ring his daughter seems to want so badly!”

Tom, 49, has not only given Eddie a big thumbs up, he’s also letting the budding musician live in a small apartment with his daughter in L.A. “Tom thinks the world of Eddie,” said a source close to the star. “He trusts him implicitly to love, protect and care for his daughter. And Tom wouldn’t let Isabella run off with just anyone.

Recent reports say Eddie’s already spoken to Isabella’s dad about proposing. Although she’s been insisting they aren’t set to tie the knot just yet. She recently posted a photo of a diamond ring on her Twitter page, stating: “I adore this!”

The insider said that Cruise has known Eddie’s family for a long time. His dad John and the rest of his clan are prominent members in the Church of Scientology. “It wasn’t important to Tom that Eddie doesn’t come form money, what was important is that the family has Scientology values,” said the source.

Isabella, along with brother Connor, 17, have lived with their father Tom ever since his high-profile divorce from their mother Nicole Kidman in 2001

It is always good to remember that science fiction writer, L. Ron. Hubbard, the founder of the cult of Scientology, said that if a man wanted to make a million dollars he would start a religion…