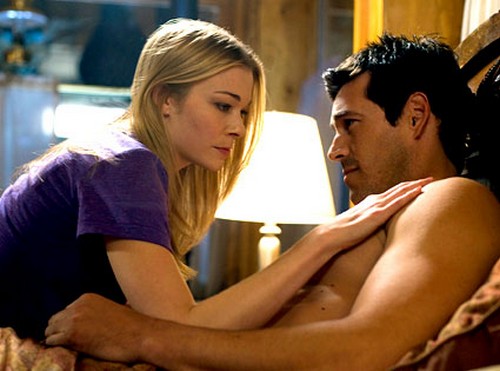 According to Real Housewives of Beverly Hills’ Brandi Glanville, LeAnn Rimes is lucky to be alive!  When the country singer stole Glanville’s husband, Eddie Cibrian, the fallout was nasty and mean.

“I remember walking up to soccer practice and there she was with my baby in her lap,” says Brandi — who has two sons with Cibrian, Mason and Jake  ”My blood was boiling, and I thought I was going to kill her. I really thought I was going to physically hurt her.  But that was the first time I saw her that way — she was sitting in my soccer chair, under my tent, she’s got my kid on her lap and she’s with my husband, and that was that little moment of total irrational fury.”

Brandi hates LeAnn and who can blame her – alsthough she says things are better between the rivals now.  Of course we don’t even come close to beleiving that.

We’re never going to be best friends, but she’s good to my kids, they love her and that’s all I could ask for. If they didn’t like her, I’d be in court right now, fighting. It’s not about me — it’s about them.”  Glanville is also relieved to hear that Cibrian and Rimes claim not to have a prenup.  “Thank God [they don’t have a pre-nup]! My kids’ futures will be taken care of if that’s true.”

Do you think Brandi can ever forgive LeAnn?  Should she?  I know I would never be able to forgive the bitch!  What about you?  Let us know in the comments below.