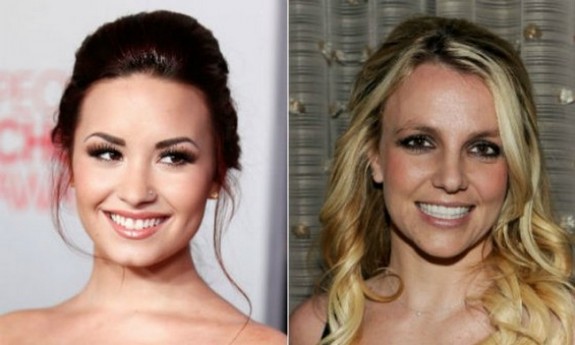 Within a few hours, it will be official confirmed to the world that Demi Lovato and Britney Spears are joining the X Factor USA. This is an incredible and exciting announcement because it had everyone talking – nobody was sure if Spears would take the $15million she’s been offered or leave it. Britney supposedly signed the deal earlier this week while her dad, Jamie Spears gave his approval a few days ago too, meaning that there’s no doubt in our minds that Brit will be at the Fox upfronts presentation within a few hours.

Meanwhile, Lovato is the one we’re a little shocked about – yet excited, of course. The Disney star who has had several top 10 hits will be joining Spears on stage to also announce her role after beating Miley Cyrus and Fergie who were also linked to the judging role. This is going to be a crazy show this year, we can already tell but it’s definitely going to get those well deserved ratings it needs to beat American Idol.

Now, you’re probably all wondering how much Demi signed on for. Well, it hasn’t actually been said but seeing that Paula Abdul got around $2-3million, we’re guessing she would have received the same amount. This just goes to show how big of a star Britney really is – but do you think she’s worth all that cash?! $15million? We’re not sure but can’t wait for the announcement later today.