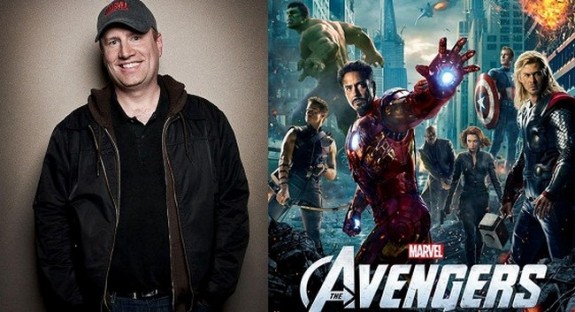 We can’t believe this! It was recently announced that The Avengers had hit the $1billion mark after its release date 18 days ago in Europe and its later premiere worldwide. The movie which stars Marvel characters such as Iron Man, Black Widow, The Hulk and Captain America was a big hit at the box office, so it’s no surprise to hear that Marvel president, Kevin Feige, wants to milk the cash cow as long as possible.

Feige revealed this week that Marvel is already in talks to produce five new films which we know will be a success, these include; Captain America 2, Thor 2 and Iron Man 3 which goes into production next week. However, Kevin did not reveal the names of the other two movies, creating suspense on the excited fans trying to guess which Marvel star will be getting their own movie? Black Widow perhaps?

“We want to do two films a year,” Kevin told Bloomberg. “Avengers is our only film this year.

“In a week and a half, we begin filming Iron Man 3. By the end of the summer we’ll be working on the next Thor film, early next year the next Captain America film. Those are the three we’ve announced so far. We’ve got two beyond that that we haven’t announced yet, but we’re working on.”

We’re incredibly excited to see what the other two movies will be… we’re crossing our fingers for a X-men, Spider-Man film or even Avengers 2? What do you think?!

Chris Hemsworth Explains Why He Named His Daughter, India